We were in Mali for 6 weeks, Dec 2005 to Jan 2006, trekking and bouldering in the Dogon and Hombori regions and having a great time at the Desert Festival at Essakane near Timbuktu. All superb.

General travel Buses are not always comfortable and frequently late but you get there in the end. Bush-taxis look total wrecks but usually arrive at their destination! Hotel L'Auberge at Segou makes a luxury break with its swimming pool! Djenne mosque is a 'must-see' as is Mopti Harbour and, of course, Timbuktu. The 3-day trip from Mopti down the Niger is a great way to go to Timbuktu. And if you want something even more remote, you could take the 20-day 700km camel caravan from Timbuktu to the salt mines of Taoudenni.  Travel writer and leturer John Pilkington was setting off on it when we left! John contacted us later to say check out his website and for those who are interested in the Festival in the Desert, see. In case any of you have a hankering to roam the Sahara on a camel, John also has some practical info.

A word of caution: before going, check out UK Foreign Office advice on travel in Mali

The Hombori Mountains are well known to climbers, with maybe 100 routes mostly in the upper grades. The Hand of Fatima is particularly spectacular with faces up to 500m, but there are good lines on the other walls and towers around Hombori and Douentza. Unfortunately we had no gear with us, so only managed a bit of bouldering. The sandstone is iron-hard and excellent.

Trekking in Dogon Country is easy, a few kilometres morning and late afternoon, but takes you through some fascinating villages - try to see a festival, they are a fairly common occurrence and totally unique! Fully recommended.

Getting to Timbuktu isn't easy - allow time to find a river boat from Mopti (even harder after end Dec, as the river becomes too shallow for the regular passenger-cargo boat, so you need to link up with others to hire a pirogue. Otherwise you will need to find someone driving there (which may not be easy) or hire your own off-road vehicle.

The Timbuktu Desert Festival - excellent! It's a few hours drive across the desert from Timbuktu (easily arranged) to the amazing white dunes ov Essakane where the festival is held in total isolation. We got there the day before, to watch the Tuareg coming in from the desert. It's a great gathering, with about 1500 people mostly Touareg and a wonderful 3 day festival of music, camel racing, dancing, sword fighting displays etc. Hire accommodation (goatskin Tuareg 'benders' - sewn goatskins over bent saplings) or camp in your own tent on the perimeter of the festival site so the Tuareg ambience isn't spoilt. You can also cook your own food or eat at the Festival cafes.

Festivals
There are local festivals every week or so in the Dogon villages which are well worth seeing. The Timbuktu Desert Festival is temporarily cancelled due to the Islamist insurrection in northern Mali and it's reported threats of destroying instruments and cutting off musicians' fingers and singers' tongues. How sad is that? We were also told that they already destroyed many of the ancient Islamic manuscripts in the mosque and library in Timbuktu because the Koran is the only book allowed.
Desert Festival, annually in Jan.
Festival on the Niger, Segou. Feb.
Kidal Traditional Tuareg Festival every Jan. 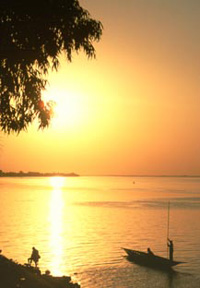 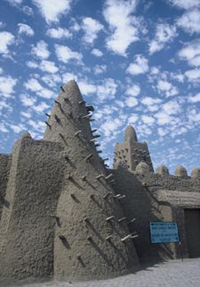 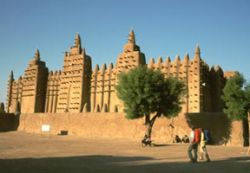 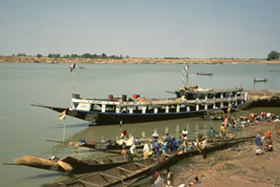